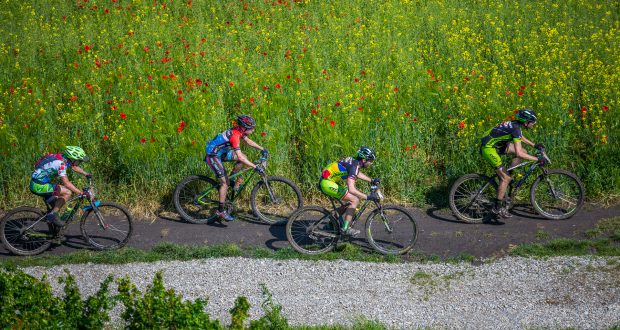 POvest began a decade ago, early spring, A few friends lovers motion, scheming to escape in nature. It got the idea to organize a competition bike in the woods north of Bucharest starting from Bucharest to Snagov roads through forests and green field. Since then, "First Escape" was successful and each year has seen record participation for cycling competitions in Romania, soon became the largest cross-country cycling marathon (Point to Point XCP) Eastern Europe.

Those few friends now 10 years were joined to each edition more and more children, young adults, volunteers or competitors, Some sports enthusiasts, and others who have discovered that occasion sport and movement. Many fell in love with this opportunity bicycle, de mountain bike, cycling in general, sports competition, of walking in nature, They learned how to have a healthier life and discovered the beauty and history of old Codri Vlăsiei. 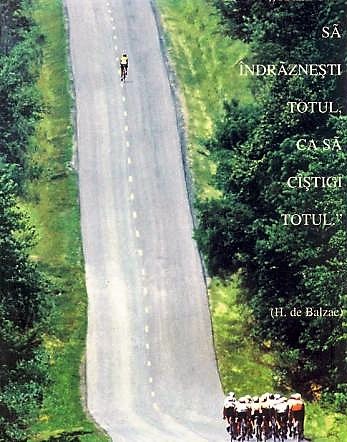 Image and slogan that led to the idea contest "First Escape"

Organizers have accumulated much experience, care, both founded one of the strongest clubs in Romania MTB, created several bicycle paths in Bucharest and in the country and organized many contests these years of success, which was attended by many foreign athletes. They remained as enthusiastic and full of ideas now 10 year. They demonstrated every edition!

To contest 20 more You can see this on competition site and her account Facebook. Here there are several interesting contests, It offers various tips for competition or are presented news edition. As medals and T-shirts for participants will receive those who will enter competition, all of which a reminder of the celebration of a decade of contests "Press Evadare”.

Broadly, route is the same since the first edition, going through the leafy forests and meadows blooming in early spring, country roads and historical sites. But, an de an, improved roads, paved and mostly level. Before every competition they are cleaned, marked and maintained, motion can be used all year. The route will also have a tourist mark, Arrows targeting, name of road segments and milestones. It will be released a short film describing the historical sites and points of leisure route. 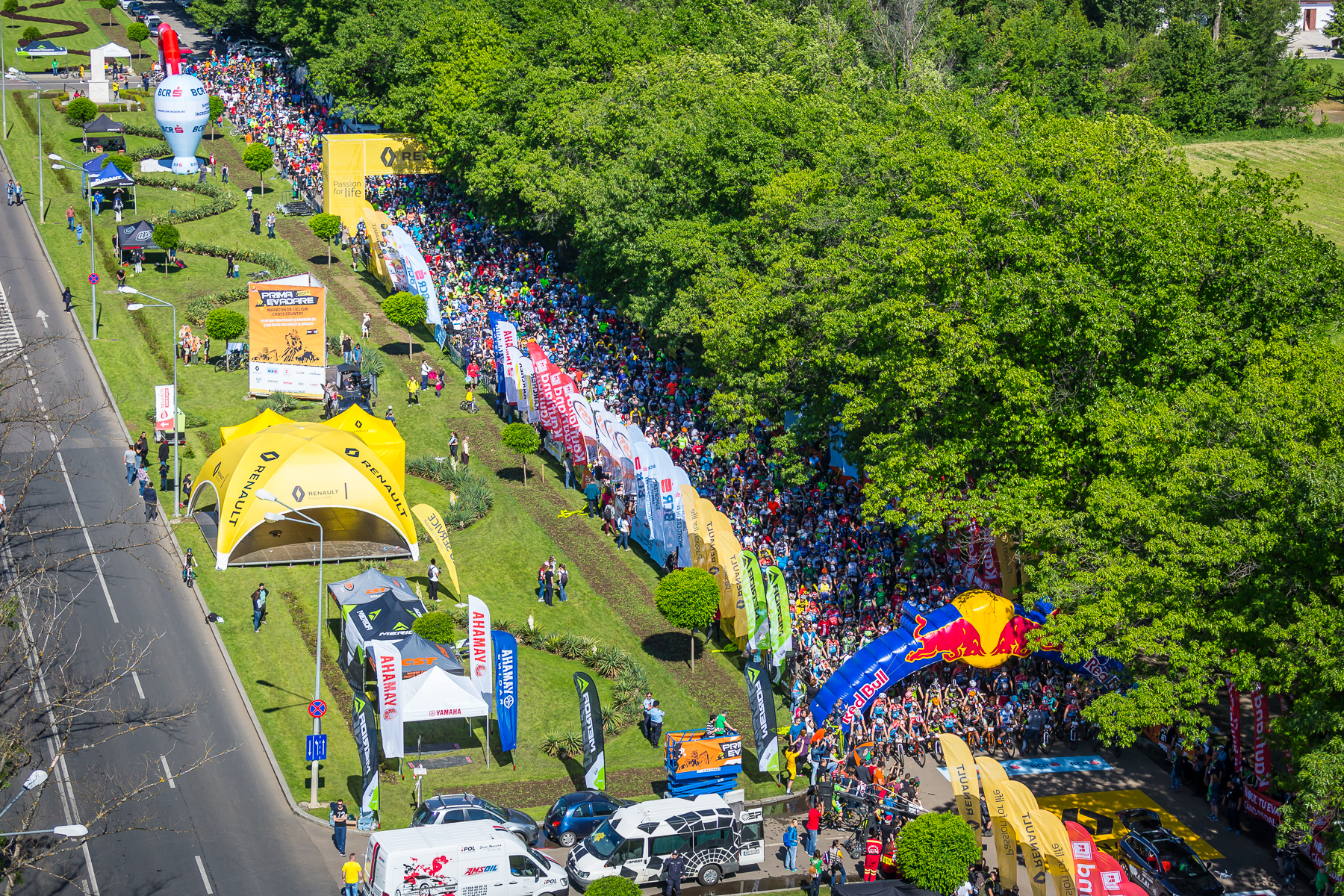 About a week before the competition, Online registration is already underway and will pass, soon 2.000 competitors. Established and amateur athletes are in full training. Witness the riders present every day in large numbers on the path marked by the organizers. Traditional recognition route Sunday 6 more, It has enjoyed a large participation again, with 400 cyclists who competed in other editions, and many children. All appreciated improve the flow and work carried out lately. A note in addition that road and withstood well the test, although it rained the night before recognition for 3 hours!

In a few days will begin and distribution kit participation and allocation of race numbers. We look forward to welcoming Caro Bucharest City Resort, located on Blvd.. Barbu Văcărescu, No.. 164 A, in period 17-19 more. There will be specialists from Renault Velo Service that will advise those who encounter technical problems before the race.

Therefore, we are waiting for you, with small, with great, sign up for one of the 15 competition categories and participate, Sunday, 20 more, ORA 10, the editiontake commemorative "First Escape" – 10 year! Participants are advised to inform contest site sections www.primaevadare.ro or page Facebook and perform some longer training before they show to start, in Baneasa, near the Police Academy "Alexandru Ioan Cuza", Alley Nightingale, No.. 1 A. If not compete, you can come to and encouraged participants route, Let's wait the arrival of the Astoria Complex in Snagov, or you can follow all the competition and award ceremony in a live broadcast marathon on the competition website or Facebook. Also, You can visit the account Instagram of the meeting.

*Using drones and lifting is done according to the law in force.