Updates on the status of the route you can see here.

In short, maine 21 more 2017 We use simplified and modified route for bad weather.
In most of is stone, asphalt, grass and only 15% forest path.
the 15% you can divide it into segments and identify them so:
segment 1 – wild boars – last 600m in Baneasa forest
segment 2 – crocodile – 1km – besides Edenland Park – Baloteşti, by FP7
segment 3 – crossing between roads stone – 400m (he has cobbled paths ends with initial 800m)
segment 4 – last 4 km, in an area where the trail is quite stable and resistant.
Was removed, field before the Palace and replaced with grass and asphalt.
It has re-fort. I made a second bridge alternative fluidising.
Was removed, area where he was plowing forester and was replaced by stone paths, grass and asphalt Balotesti.
They pulled the earth trails CP8
It has taken the long road to the lakes in the middle that barely had dried.

The start of the contest in Bucharest and gives a distance of approximately 55km be completed in areas of ancient forests of Vlăsiei, pajişti, fields, lakes, villages and historical sites, arrival being on Lake Snagov. The trail is marked and accessible, before the competition we recommend training – at least 2 outputs longer on rough terrain (forest roads or field).

As every year, Sports Club Nomad Multisport your organization on recognition, a good opportunity for riding and socializing. 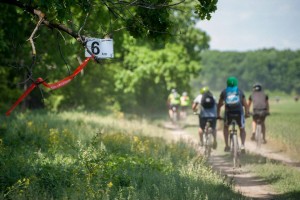 The Press Evadare I have a double standard marking: Belt and pink arrows and X's. Banda “CST” about trees confirm route, is made less where you do not have other options and immediately after the false branch. Banda Rosu / alb marked change of direction and is located on the side that will be changing direction. Arrow indicates the direction, and X-The wrong way and smoking. If you turn to the last marking error. Note how many bookmarks can be stolen once. 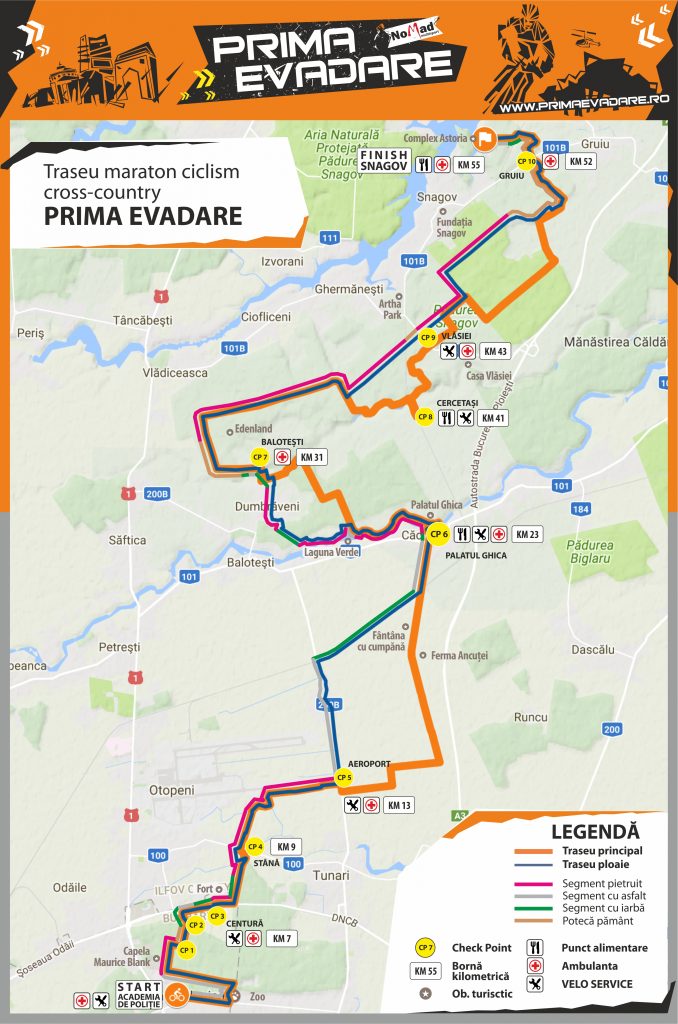 Variant 3 The wet period average
(Are 50km. Excludes fort, It does not include line stone near the fort, Baloteşti CP7 includes culvert. Shorten CP8 line stone)

Variants back to avoid DN1: 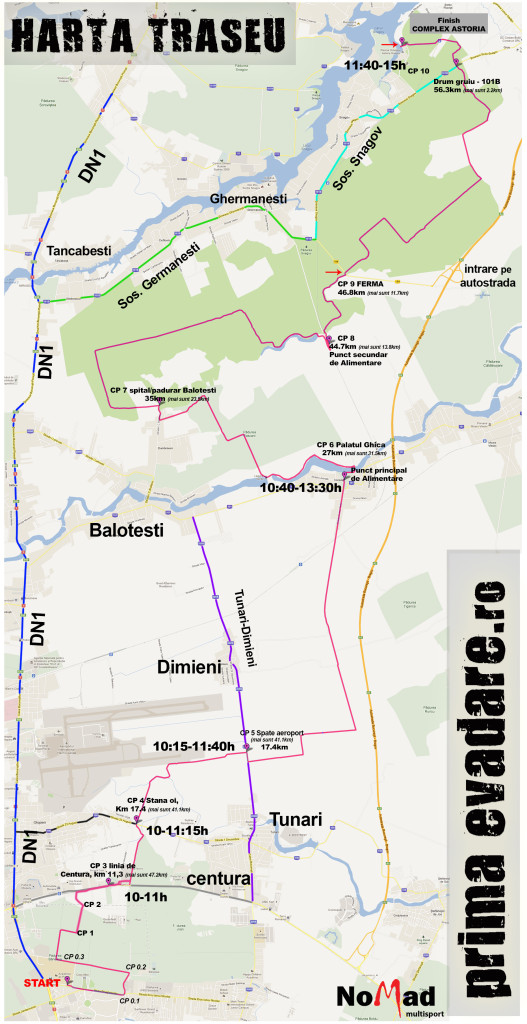