In short, maine 21 We may use simplified and modified route for bad weather.
In most of is stone, asphalt, grass and only 15% forest path.
the 15% you can divide it into segments and identify them so:
segment 1 – wild boars – last 600m in Baneasa forest
segment 2 – crocodile – 1km – besides Edenland Park – Baloteşti, by FP7
segment 3 – crossing between roads stone – 400m (he has cobbled paths ends with initial 800m)
segment 4 – last 4 km, in an area where the trail is quite stable and resistant.
Was removed, field before the Palace and replaced with grass and asphalt.
It has re-fort. I made a second bridge alternative fluidising.
Was removed, area where he was plowing forester and was replaced by stone paths, grass and asphalt Balotesti.
They pulled the earth trails CP8
It has taken the long road to the lakes in the middle that barely had dried.

Of here you can download routes and competition property.

13 More – Bad weather variant of the route is ready and can be downloaded route in Page path.
The route is completely dry on the field and semiud or dry forest area. It is cyclical and beautiful. Does not load.

12 More – The guys who made the 100 km route in Viscri-Saschiz-Sighisoara area came to help. We stone before and after the bridge and in other important areas. Mulțumim Adept Transylvania!

6 More – Below we present a film about what it looks like almost every section of the classic route. Also some news about what was done to him, and sometimes, a brief history of the areas covered. Also you can see the new trail and bridge at Fort 3-4, and lowering the bridge to FP7.

27 April – Considering that weekend will be nice, I retrace where there was need for those it will go all or portions.
Those without crossing belt stress can leave Baneasa, who do not, You can leave the battery 3-4 which has now visited the bridge for bicycles and 3 parking areas around it. Those who want to do only option forest can leave the Palace Ghica.

The route is fully cycle.
Today I drained the water before CP6 – Ghica Palace.
Also today I fixed fountain watershed route.
Wetland after palace was dry so there are no problems for covering the route to Snagov. 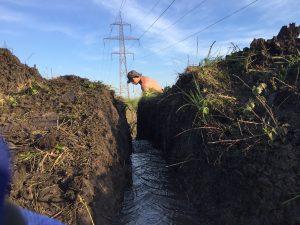 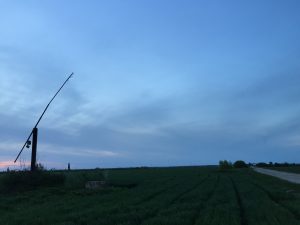 The route is cyclical. There are 2 difficult areas in which work.
1. Before Palace (CP6) Field road where water has accumulated due to a clogged irrigation channel.
2. Behind the palace because the rise of water level in the lake was flooded in a way. Bypass the field is drier days.
Both work to fix them.

7 April 2017
Landscape and places are beautiful, fresh blooming and green. View link :D
Basically the track is still sufficient for completion of markings. They will be improved.
In the field are fewer but those that I have come to have little wander.
Those who have no problem gps.
The route will be checked partly Saturday, 8 April and back with an update.
Problems:
A 300m stretch of the forest has been shown but there detour and we will brand him.
It's the same place as every year in the forest mill Vlas, by Palace. 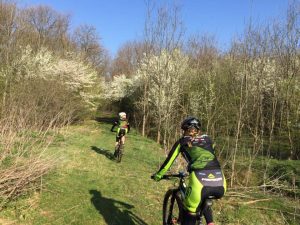