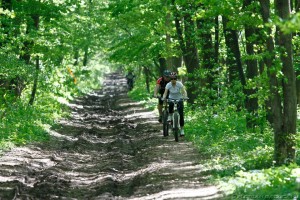 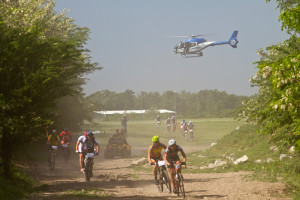 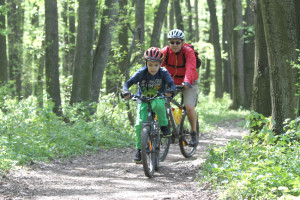 Route, in dry regime, is one of the easiest having no difference in level as the rest marathons of mountain or hill. However, it is a marathon, is 55km and mostly takes place on unpaved roads. Therefore we recommend training before, to be easier and pleasant during the contest.
If rain becomes more technical and besides suitable tires must manage the best paths to read or to adapt depending on conditions.

In the first two outputs distances over 30 km body adapts to the specific effort. You may feel very tired, may appear mild pain in joints, increases appetite and can hurt from sitting on his ass. These pains are just the beginning of the season.

According to the program each year organizes an acknowledgment so that you become familiar with the route, to train and not least to skim it in a more relaxed regime with more time for contemplation and socialization. Details on the Facebook page of the event made for recognition.

The trail is marked and noted weekly. You can train him or portions of it. The most interesting is the Ghica Palace to finish and back on the road by Caldarusani-total 53km or guessed by the railway CP8 which will be the second feed and then return to the railroad-guess the total 20km.
An even simpler route is 10km loop in Baneasa forest. See property.
The last two especially at Baneasa can be made and during the week after office.

A training version of the second part of the route First Escape.

And a similar version with the only difference that it goes on plowing path beside classic and has about 200m bumpy.