By supporting this event, Renault becomes the main automotive partner of the competition First Escape, an outreach approach to sport, air exercise and escape from everyday life.

"We support this competition because we want to build, besides a beautiful and sustainable collaboration with the organizers first Escape, an image based on movement and a lifestyle characteristic active people, Renault also vision - Passion for Life! We are glad to be part of this project and hope that we draw with us as many participants to escape the daily routine and to live their passion. "Said Elena Apostol, Head of Communication Renault. 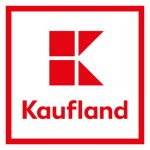 Kaufland It is a trading company Retail home nemteasca. Kaufland He was born in 1984 and is headquartered in Neckarsulm, Germany. The chain is a member of Schwarz-Gruppe, with names such as Lidl and Handelshof and is present in countries like Poland, Czech Republic, Romania, Bulgaria and Croatia. In year 2014, Schwarz group became the largest retail group in Europe, affaires close 80 billion. Kaufland Romania was inaugurated in 2005, its current stores in Baia Mare, Bucharest, Craiova, Cluj, Iasi, Pitesti and Timisoara. In year 2014, Kaufland came third among private employer, in Romania, after Petrom and Dacia.

Motodynamics is a company operating with the history of Greece.
Of 1969 the company became the official distributor of products Yamaha Motor Company in Grecia.
It is also official distributor of products Yamaha in Romania, Bulgaria, Albania and Moldova.
The company is, also, active in retail trade through four outlets in Athens, one in Bucharest Romania and one in Sofia, Bulgaria.
In 2011 Porsche took over the distribution company in Greece through a network of 3 centre Porsche, 2 in Athens and one in Thessaloniki.
Motodynamics It is also the official importer of other products, namely oils (Castrol, Rock Oil), Moto equipment (Alpineastars, Richa), motorcycle helmets (CMS, SHARK), motorcycle tires (Continental),
Boat engines (Selva), boats (Jeanneau).
Estimated turnover in 2015 - 40mil euro. 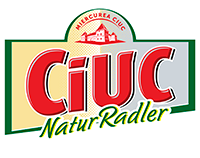 Under the concept of "other life, or beer ", Ciuc Natur Radler is a proponent of active lifestyle and encourages all young people to try and enjoy the benefits that sport brings to each of us.