anniversary edition 2018 of the "First Getaway" began Sunday morning, when thousands of competitors and volunteers sang "Happy Birthday!"For this project and created community. The event ended the evening with poetry recited at the award ceremony by the last competitor arrived. Incidentally he even created a poem for First Escape.

Shortly after starting experience, "First Getaway" managed to become the largest cycling marathon cross-country in Eastern Europe and a true standard. and over 20.000 participants, awards over 70.000 thousand euros, tens of thousands of competitors receive medals and T-shirts, dozens of tons of water, beverages, food and fruits, tens of thousands of photos, over 1.500 volunteers, dozens of hours of live coverage of the competition and the events preceding it are some of the figures 10 years of competitions "First Escape"! 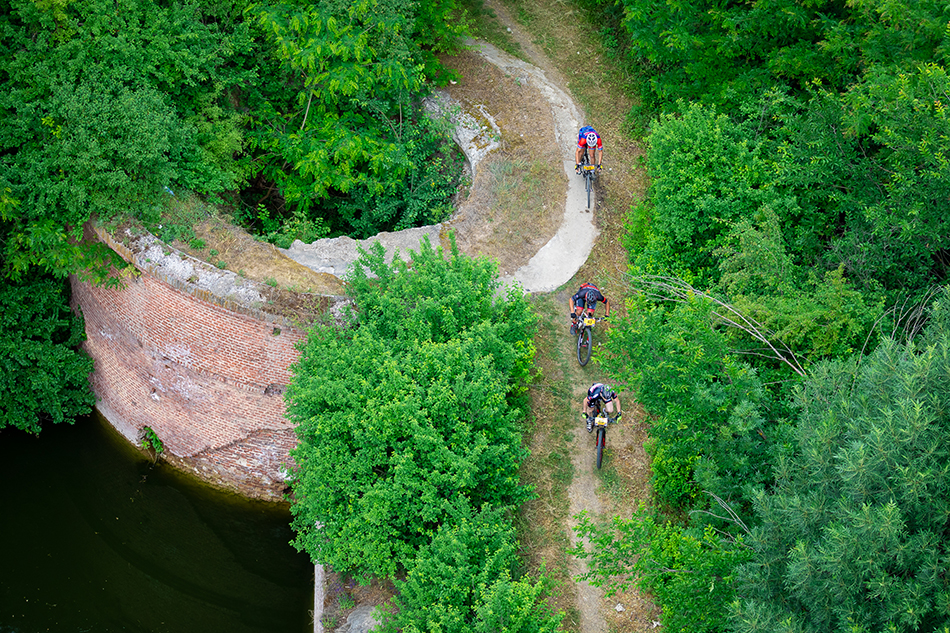 But beyond the sporting fight for the podium in each category, The dispute platoon ranked as high, getting a seat as far forward as next year's edition, editions memorable rain, The stars of world cycling and outside it who took part in the competition, that by participating in this competition many have discovered this occasion bike, mountain bike-ul, cycling or sports competition in general, walking in nature, ecology, a healthier life or the beauty and history of old Codri Vlăsiei, "First Escape" has become a state of mind. Created tradition that with the revival of nature, of Bucharest, and enthusiasts movement in the country or from abroad to participate in the "First Escape". "First Getaway" gives, at the beginning of spring, off escape in nature.

In the weeks leading up to the race, and Sunday, we remembered the stories that have marked this decade "First Escape", each issue separately, athletes who did outstanding performance in this competition, those who have contributed over time to the good organization of. I was but a nostalgic edition, but of the history of the past 10 years was blended with news and performance of this.

The sports competition Sunday was enjoyed and a perfect time: n has plouat, although there were clouds, at the same time it should not be a stifling heat. It raced on the classic route and, compared to previous editions, It was attended by many children and women, over 200 each side. It went much faster than in other years because of dry gravel path.

Posted at last 3 editions place 2 and while making a team work, Alexandru Stancu (Dinamo BikeXpert) He wanted and was ready to win the anniversary edition. He escaped early, after Otopeni, and went and 50 km/h, so to Ghica Palace had a lead of almost a minute of platoon. He continued apace, with an average speed of 32 km/h, and crossed the finish line with a lead of over two minutes to his teammate Ede Molnar, winner now 2 year. The same scenario and Female Elite: Suzanne Hilbert (NoMad Merida CST) It was off early opponents and won, two consecutive, with an advance of over 4 minutes to teammate Salome Bondor. 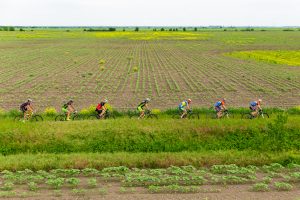 A special performance managed Patrick Pescaru (16 year) and Ionut Alexandru Roman come this season Nomad Merida CST. First introduced on the route, they arrived just after competitors who have made the podium Elite, winning several minutes ahead of their competition categories, male under 19 years respectively, Male 20-29 de ani.

The transmission in the running direction, second consecutive year, multiple communication channels, He surprised the faithful moments before the start, Arrival at race events culminating in the raffle and the award ceremony. There were many 4 Fixed cameras 3 locations: on departure, route and Arrival, But and 4 rooms Mobile: two electric bicycles platoon leader, the car opening and one of the two helicopters. There were interviews both at home, and to finish, and programs in the days preceding the race to enrollment competitors. They were broadcast marathon, Sunday evening concluded with awarding the winners in age groups and raffle. As a novelty compared to previous years, favorites could be monitored during GPS, and the best sprinter of competition, Timothy Păcurar (NoMad Merida CST), He was awarded Renault Sport Sprint. And it created a movie that describes the historical and recreational area points. 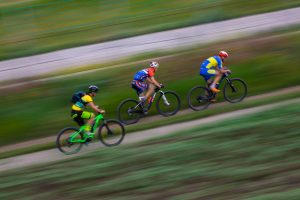 Over 10 year, "First Getaway" offered the opportunity of less familiar with the sport and the kids to approach cycling, and enthusiasts to emulate the best competitors in the country. All those who passed the finish line were awarded with diplomas, shirts and medals, received hot meals and drinks moisturizing, They were able to shower and massage, to clean and repair bicycles. On the way there were several points of food and hydration, solving small technical problems and buses upon arrival for bringing competitors in Bucharest. Each edition were present the latest technological: smartphone apps, intermediate timing, Net and broadcast on social networks, photos and videos customized developments contest participants. Race organizers were monitored, using hundreds of volunteers, two helicopters, intervention vehicles, Police and emergency crews. A number steadily increased competition categories, leading to 15, Children and the adults, awards for top finishers, but for all competitors, consisting of medals, shirts and prizes surprise sweepstakes. And in the days preceding the race they were awarded many prizes from competitions conducted on the Facebook account of competition. 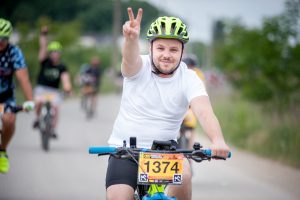 An de an, route which runs the competition and adjacent roads were improved, paved and mostly level. Before every competition they are cleaned, marked and maintained, motion can be used all year. Try that next season, route also receive a bookmark tourism, Arrows targeting, name of road segments and milestones.

Congratulations everyone! See you in 2019!

For further details, photographic images or video can access www.primaevadare.ro.

I recently wanted a victory "First Escape" since the last 3 I always arrived on site editions 2. I am proud that I managed to win. It's a very important victory. Behind it is a lot of work. This year I spent more time training route, I paid more attention to nutrition and rest. Edition it was a dry route. It was much better than last year. It went hard, differences between competitors have hardly made. 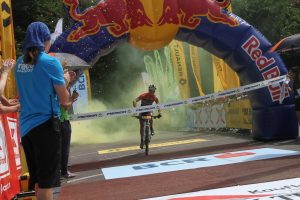 It was nice. Unlike last year was very dry and less technical, so it went much louder. I went well, I felt good. I separated from other competitors in the first 5-6 km, then I worked hard to finish. I was excited last year because I wanted to repeat victory. It's my way to show my gratitude to the team that helps me a lot. I think I was stronger this year and that is why I felt it was so hard. I liked how it looked route. everything green, beautiful, sun, warm. 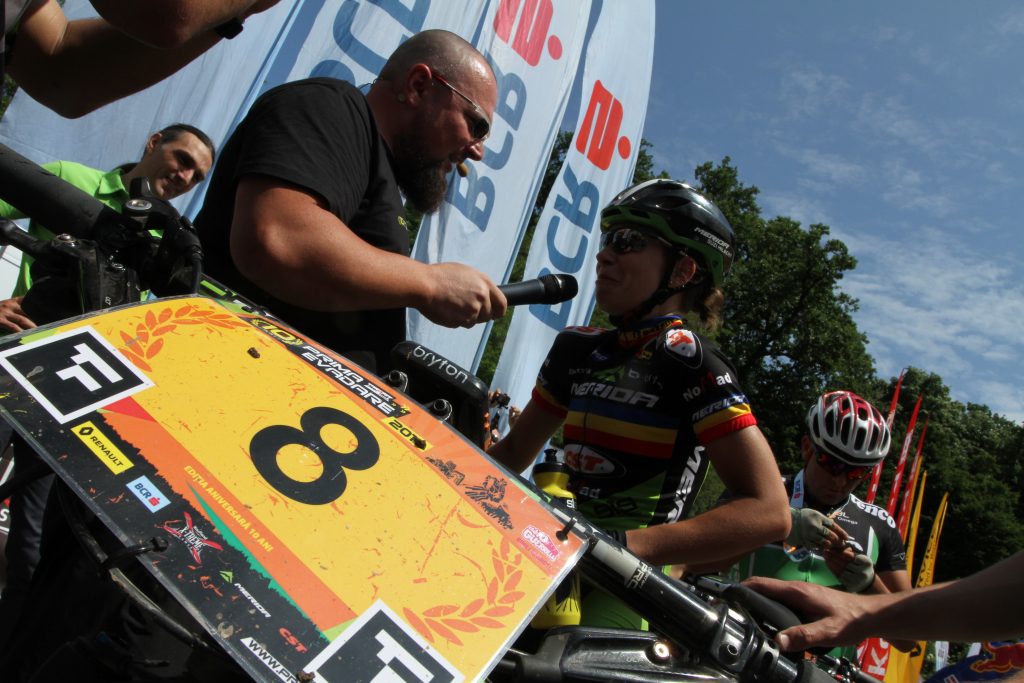 The first two wins was a normal race. After the third started to become interesting. After 8 places 1 the category, It has become an obligation. I prestige to defend. But the years pass, It's harder to I follow the young. "First Escape" is one of my favorite races, as soon as is Austria's Salzkammergut. Organization and atmosphere as both are flush. I congratulate the organizers. They do a wonderful thing.

I bought the bike only race "First Escape". Over time I was all podium positions in this category. This year was really nice. And route and organization are very well developed.

From the beginning, I tried to stay as the riders in the lead apoape. First participation, place 4 the General is very good. I felt good and went well. The route was dried, speed. I had mud or something to mess. Organizing note 10. Everything is well done. I like it a little different from other competition in our country. And it's not going up. It's only flat, force. You can rely on teammates. E and tactful. Come next year.

I was first "First Escape". It is a well organized competition. And intense. I went very hard from the beginning of the Elite. They gave many attacks. route TV, It was wet and it was OK. Very well marked. There were many volunteers. I am very satisfied with the outcome of the General and winning category. Next year I hope to be better.

I did track "First Escape" first motorcycle, after I have competed in the past, or helped to organize. It is a very nice route. Forests near arrival are superb. Here they have cut way 2 rabbits. With 20 kilometers before the finish we got a flat, but went on. It was a unique experience. I hope they repeat next year. I felt very well. In terms of the rider was a great route. It was little humidity in the forest which increased adherence. Instead, on field, although it rained day, It was quite dry.

It was a sensational race. What intrigued me was the speed with which they competed. I saw an average 20-22 km/h, others passed me at high speed. There are an advanced, but still… I've found that it worked very hard. ending in 3 hours, I expected to be closer to Top 500. I finished 632. Yet, I am very happy time obtained. I was and I saw recognition and sensitive areas. For me track was unusually dry and very fast. It does not mean that I'll come back and future issues.

Now 10 years were just friends. This contest gives you the power to think they can do great things together. You can educate people to love sports, nature. "First Escape" gave me my confidence to solve some health problems. Every time I come here loaded with positive energy and hope that people with heart, if one adds together, I can create something wonderful.