Currently most successful athlete at a cycling race in Romania will start Sunday, 19 more, "First Escape"

17.05.2019 "First Escape", largest marathon de ciclism cross-country (Point to Point XCP) Eastern Europe, managed in each of the ten editions bring news in cycling competitions and sports competitions mass Romanian: monitoring the entire race from the air and ground, hundreds of volunteers, prizes for all participants, photo albums and videos customized for each competitor, the entire stroke of the live broadcast and the events that precede etc.. Published in the XI-a, will record a new premiere: Sunday, 19 more, the home will be the most successful athlete ever present at a cycling race in the country. It's about Gunn-Rita Dahle norvegianca Flesja, care won 10 World Cup edition, 9 European Championship, Olympic gold medal in Athens and dozens of mountain bike competitions. It was for 20 years professional cyclist cross-country, in which 14 years has been on the same team – Merida. It has the most World Cup races won by any sports, 30, last just last year, before withdrawing from professional competitions.

Cycling enthusiasts will be able to meet after the arrival of Snagov race and will discuss it, will receive autographs and take pictures. It will arrive in Romania on the night before the contest and will stay a few days to visit Bucharest and its surroundings.

interest of all, participants and lovers of cycling, is higher that in other editions, evidence and the large number of registered, close to the limit set by the organizers - 2.500. for the first, perhaps because they run alongside a legendary sports. For the others, because they will see competing and perhaps because there is a chance Sunday to May recorded a first: race to be won by a woman!

The Male Elite recorded the highest number of athletes enrolled since the category was introduced in contest: 19! In recent years, an important role was played by the tactics of the team and each time the winner has been supported by a strong group. At the start will learn many riders of known and they will decide who will lift the trophy with wings overhead winner created especially for this edition. Alexandru Stancu (Dinamo BikeXpert), He will try to defend the title won last year. He is very familiar route, obtaining other 3 second places. And now, his club will have a strong team and numerous, with Ede Molnar, winner "First Escapes" three years ago, Tudor Căzăceanu Gerhard Moldansky, and completed even with coach, Razvan Juganaru, to compete and he!

They could receive a strong response from members of the Polish team, CST 7R, Polish champion marathon run of the XCM 2017, Dariusz Batek, there is a possibility that after several years they gained Romanian cyclists, trophy again be adjudicated by a stranger after winning the Belgian Wouter Cleppé 2011 one 2012. And Carcover will 3 representatives, of them, Raul Sinz and Jozsef Attila Malnasi being able to engage in the fight for first place. Last one, He won twice under category 19 years "First Escape". Are favorites to podium and Lucian Logigan (Scott Faresin), First winner getaway 2013 și 2014, George Cristian Stan (NoMad Merida CST) or former professional cyclist Alex Hammer (Giant).

Equally interesting will be played at Elite Female, where we could record as the winner, after two years, a foreign sports. Suzanne Hilbert (NoMad Merida CST), will have strong competition to win the third consecutive time. Gunn-Rita Dahle addition Flesja, Michalina be mentioned Ziolowska (CST 7R), a sport with great experience, Polish champion 2015 și 2017 Marathon XCM.

And fight for the rest of the categories 15 the competition will be fierce. Each will have something to gain: top – cash prizes and bike accessories, and others - shirts "Top 100", medals cast in metal "Top 500" and forward positions to start next year.

Those who will not come to start at 10, near the Police Academy "Alexandru Ioan Cuza", Alley Nightingale, No.. 1 A, route "First Escapes" or arrival from Astoria Complex in Snagov, will provide live broadcast of the race, begining with the hour 9:30, then the award ceremony. Images can be viewed on https://primaevadare.ro/live/ and YouTube contest channel. For race will be used 4 Fixed-out rooms, route and arrival and 4 mobile, the two electric bicycles platoon leader, the car opening and one of the two helicopters. Quality images are complemented by comments and interviews of "Memo" Sebastian Vrânceanu, helped by Cristian "Zup" Damian.

Drives have or will take place in Bucharest Caro City Resort, located on Blvd.. Barbu Văcărescu, No.. 164 A, with the rise of race numbers and registration kit, event takes place at the exhibition dedicated to sport pedals. Still here, competitors may benefit from small adjustments to the stand free Renault Velo Service, care, by his technicians, It will help small repairs during the race with those who will have difficulties. All Renault will create for each competitor a personalized photo album. To take possession of, https://primaevadare.ro/fotografiile-de-la-prima-evadare-2019/

Like previous editions, route will resist the many participants it will go. For several years it has created a second version, for rainy days, that it went to other editions, which will be used on Sunday. Compared to classical, it replaces a portion of several kilometers could be mud, with another little shorter, with cobblestone paths, grass and asphalt. Before leaving the race, competitors are advised to follow state route at https://primaevadare.ro/update-traseu-2019 and follow the advice given by the organizers at https://primaevadare.ro/sfaturi/. And also that every year, the race track and adjacent roads have been improved, cobbled, level mostly, cleaned and marked. In gratitude for the support received from the authorities, Municipalities name Otopeni, Tunari, Mill Vlăsiei, Snagov Baloteşti and will be found on the back of superb finisher medals and Top 500.

In the last week, Facebook account of competition, competitions were held. And the avalanche of awards will continue to raffle at the end: https://primaevadare.ro/tombola-2019/ 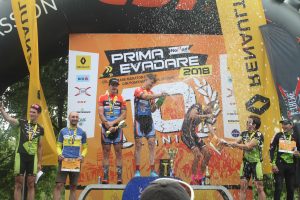 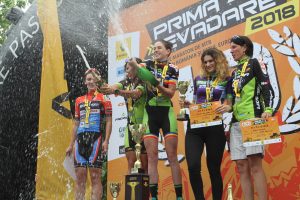